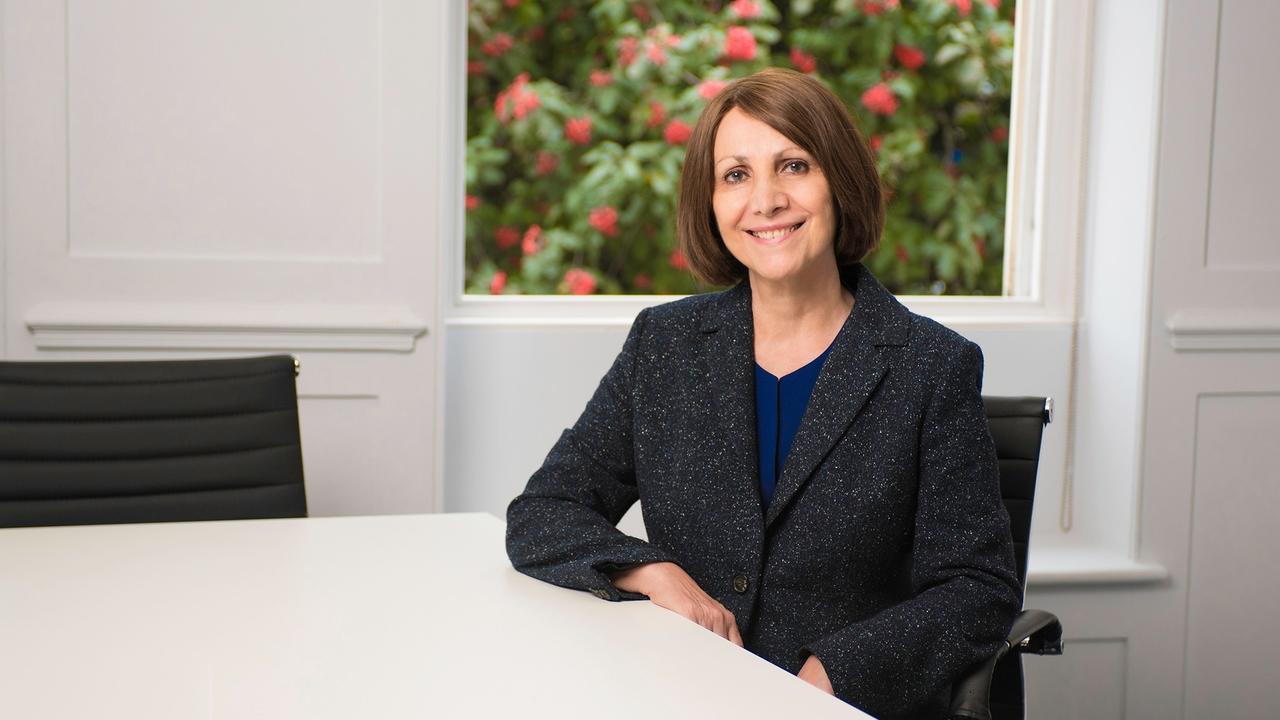 According to this Institute of Directors report a growing number of people are starting their own businesses in later life. In their article, Over-50s are the new business start-up generation, the Financial Times has very encouraging statistics for anyone considering starting out again after 50, namely that businesses set up by the over-50s are more likely to still be trading five years later than those established by younger age groups.

A study by Jones, Javier Miranda of the U.S. Census Bureau and MIT's Pierre Azoulay and J. Daniel Kim looked at an expansive dataset and supports these findings. Their research shows that older entrepreneurs have a greater chance of success in their projects than younger ones. The most successful entrepreneurs are middle-aged. This research said: “We find that age indeed predicts success, and sharply, but in the opposite way that many observers and investors propose”. “The highest success rates in entrepreneurship come from founders in middle age and beyond”

They find no evidence to suggest that founders in their 20s are especially likely to succeed. Rather, all evidence points to founders being especially successful when starting businesses in middle age or beyond, while young founders appear disadvantaged.”

The study found the average founder of the fastest growing tech startups was about 45-years-old — and 50-year-old entrepreneurs were about twice as likely to have a runaway business success as their 30-year-old counterparts.

As Jones says, the findings "… could help unlock more innovative potential from the many people in the economy that are middle-aged and beyond,"

Why Older Entrepreneurs Are More Successful

Explaining some possible reasons for these findings, the authors of Age and High-Growth Entrepreneurship point out the greater management, marketing, and finance experience that older entrepreneurs tend to have, as well as a richer, deeper knowledge of an industry. Also, quite important is that older entrepreneurs are likely to have larger financial resources to tap and more social networks to mine for support in leveraging their idea.

Writing in the Harvard Business Review they explained “we found that work experience plays a critical role. Relative to founders with no relevant experience, those with at least three years of prior work experience in the same narrow industry as their startup were 85 percent more likely to launch a highly successful startup.”

The IOD report attributes this trend to the shake-up from the recession, a view backed by the FT. Apparently the over 55s are unable to get corporate jobs, and so are turning to self-employment instead.

This is all music to my ears. Previously I’d been seeing reports in the media about how baby boomers were coming up to retirement and leaving the workforce, rather than about how so many of them are starting up ventures in their 50s and 60s and crushing it by all accounts.

The desire to supplement income may just be part of the story. After all, money is never the only driver for engaging in an activity.

I wonder whether these reports may be overlooking another important reason people may be starting up in business in their retirement years.

For myself, the work I do gives me a sense of fulfillment and purpose. I love to have a project, and that’s why, far from wanting to retire, I’ve gone on to set up a second business to exploit my skills, Azrights International Ltd.

Professor Dame Sally Davies, the chief medical officer, wrote a report a couple of years ago saying that those between the ages of 50 and 70 were healthier if they kept on working. Even the over-80s benefit. Reportedly an 89-year-old former soldier, Joe Bartley, from Devon, advertised for a job because he was “bored”. He now works as a table-clearer in a local café.

But is this really news? When we reach older ages none of us actually feels old. I have as much mental energy as I ever had – in fact, more so as I’m now free of childcare responsibilities and can devote my energy and time to the pursuit of my life and business goals.

People don’t change just because their age advances by a few years. Retiring into the sunset to put your feet up and while away the time, is rarely an appealing prospect for anyone, except perhaps for those whose skills involve physically challenging work, or for those who have absorbing hobbies to pursue which they prefer over work.

For the rest of us who have built up skills over a lifetime, an existence without work would lack purpose and meaning.

I personally want to work till I drop. I would hate not to have a project to keep me connected to the world. I love entrepreneurship, innovation, and new technologies.  So, why wouldn’t I want to continue working?

Yet we live in an ageist society that reveres youth.

When society is expecting us to retire rather than start up new ventures it’s inevitable that some attitudes will be internalised so that we believe this somewhere deep inside us. The 20 or 30-year old me would have written someone of my age off. I would have thought myself completely past it by now.

How prejudiced was I! And here I am now, an older person myself. It’s just the way of the world I guess. Doesn’t every younger generation tend to regard even those who are just 10-15 years older than them as vastly aged?

So, unsurprisingly I do find the widespread ageism affects my self-belief occasionally. I catch myself fleetingly having a limiting belief. For example, recently I’ve been planning to improve my public speaking skills. Public speaking is an activity I’ve been ambivalent about most of my life. If I’m asked to speak I accept, but I never actively seek out opportunities to speak. However, I realise that when you have a message to communicate to the world then speaking on stage is a necessary part of that.  So, I am trying to dispel the fleeting negative thoughts that cross my mind occasionally as I hear myself thinking: “why bother with public speaking at your age?” “Aren’t you a bit past it?” “What are you realistically likely to achieve now?”  “Isn’t it too late to improve your skills by now?”

No, it’s never too late. I’m inspired by stories such as about the Japanese artist, Yayoi Kusama, who at 89 years of age has emerged in the last 5 years to become a highly sought-after artist. Success had eluded her till her 80s – according to this Guardian article about her

It heartens me when I hear of people achieving success so much later in life or continuing to have thriving careers well into their 80s. Take Mary Berry who is still featuring in the BBC’s TV shows in her 80’s.  And there is Pru Leith who not only has a highly successful career, but has also found love again and remarried at age 76!

Millennials are certainly likely to need to continue working into their 70s judging by the pension crisis. I’ve always advised my own daughters to pursue work they love. It’s especially important if you’re a millennial to do work you really enjoy, given you may have to be doing it for a very long time.

Certainly, in my own case, after 14 years in business, I’m still looking to contribute in more meaningful ways, and engage in activities that are truly fulfilling for me on a personal level. I’m a different person today to the one who first started out in business in 2004.  My business skills are honed by now, adding to the depth of expertise I can offer in my core topic of intellectual property.

Intellectual Property is what enables people to protect what’s theirs, their market share, avoid having their best ideas ripped off and copied, and more. So, it’s a subject that is inherently intertwined with business.

That’s why I set up my second business to provide online courses and coaching. It means I can help people make the most of their ideas, decide what to protect, how to choose a good name and so on as part of a coaching service if they need such help.

I have big plans for Azrights International Ltd. The Legally Branded Academy online course that I’ve created will soon be rolled out to medium-sized businesses. It’s currently suitable for start-ups and small businesses and is the culmination of 6 years’ work distilling intellectual property to a few basic processes that businesses need to adopt. So, I can help any business to introduce systems and processes to protect their Intellectual Property on an ongoing basis as they develop new ideas and projects.

You see, much of IP protection happens very early on. The very act of choosing names, making decisions to commission branding, websites, apps and the like, deciding what information to reveal to others, how to promote new concepts and so on have significant implications on a company’s IP prospects. These steps necessarily happen before a lawyer is even consulted. So, having insight about what to do and what not to do at various touch points is essential for businesses to take on board.

IP is an essential business skill. It’s not just a legal subject to leave to the lawyers. Without it, you’re at a disadvantage when implementing new ideas and projects in your business in today’s digital economy. I can make a greater contribution by adding business coaching to the services I offer. It’s exciting to use my knowledge and skills in new ways and I am intending to expand my topics to include related non-law ones too such as the marketing considerations that impact branding and naming.

The entire activity of branding is closely related to intellectual property, and yet there are a lot of people selling design services under the umbrella of branding.  Many people believe that a brand is a logo! So, this is a topic that needs greater professionalism to be brought to bear. Anyone who is choosing names and doesn’t understand the IP implications of naming needs to upskill themselves urgently. They can do so by getting Legally Branded Academy.

Expanding the topics I know deeply means I can keep learning, something I love to do, and then contribute in wider ways.

Life is short and at the end of the day you’re going to ask yourself the question, or your children will wonder on your behalf, what was it all about, what were you up to during your short time on earth?

I believe that what we do can touch other people’s lives in ways we’ll never know. So, it’s not necessarily my own visible achievements that will ultimately matter the most. Who knows how others might be impacted or benefit from my existence or ideas?

The important thing is to continue contributing to the world. I’m so pleased the ranks of “olderpreneurs” look likely to swell further in the future. Olderpreneurs have wisdom and experience and so much to give. They also have many years of productive work ahead of them.