How to Protect Ideas Against theft by Competitors and Others 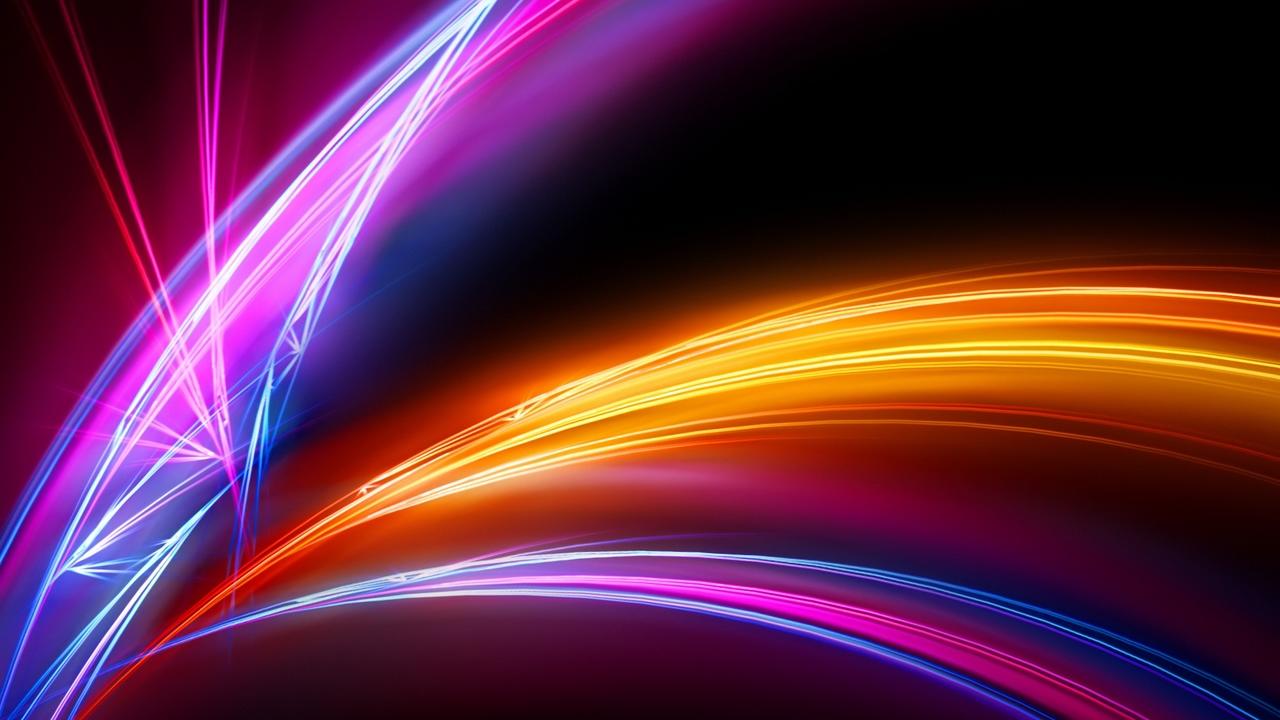 Pablo Picasso reportedly said, “Good artists copy; great artists steal.” The general thrust of this quote is right in that thieves and copycats are as common in business as in any other walk of life.

Confidentiality is one of the Core 3 IP rights that you should understand well because it plays an important part in business protection, particularly around ideas, systems, processes and your database.

You may think intellectual property is there to protect ideas.

We humans the world over are territorial. Just think of land border disputes, garden fences, your favourite mug in the office or even leaning on your partner at a party, subconsciously letting everyone know that they are taken.

We even have designated spaces where we live, work and socialise. In a civilised society, everything has its place, and we have grown accustomed over the millennia, to assuming that others will respect these boundaries, as we put them up.

From a biological perspective, we became territorial to ensure our survival.  - we need access to resources to eat and we need space to breed, just like all the other animals in the animal kingdom.

However, unlike them, our need to protect our space/property evolved beyond the biological.

Consequently, it’s quite common for people to lay claim to ideas.  If they came up with an idea first they want to own it, and at the very least to be credited with being the one who had the idea. However, intellectual property laws don’t go that far. The only way to protect a bare idea is to keep it secret.

Everything Starts With An Idea

At the big picture level confidentiality is one of the 5 basic intellectual property rights that are relevant to a global audience.

People often wonder how much of their ideas to reveal, because they’re worried about being copied. It’s true that a mere idea has no value because it’s how well you implement it, that determines its value. But still, does that really mean you should freely discuss your each and every one of your ideas simply because ideas are two a penny? No.

Every great innovation began simply as an idea in someone’s head.

The rationale behind intellectual property rights is to encourage new ideas and creativity by giving economic incentives to innovate and contribute to technological progress. This involves a constant balancing act by the state in order to give strong enough rights to encourage the creation of intellectual goods but not so strong as to stifle creativity or prevent the wider use of those goods.

The patent system therefore only grants a patent over innovations that are not already in the public domain. The trade-off for revealing your ideas is that the state gives you a monopoly right over them if they qualify for patent protection, which I’ll discuss another time. For now just remember that you have to keep your ideas confidential if they might form the basis of a patentable innovation.

If you need to discuss your idea with third parties, then do it “carefully” using a confidentiality agreement, or NDA (non-disclosure agreement) as they’re also called. That’s a vast subject in its own right. What an NDA should include, who should be asked to sign one, what to do if someone won’t sign one but you really want to talk to them and so on are all issues that come up for people around confidentiality.

Ultimately, an NDA isn’t going to help you if your idea leaks out into the public domain because ideas are only protected insofar as they’re secret. That necessarily means you should play your cards close to your chest.

Quite apart from losing the possibility of patenting, the main risk with revealing too much information too soon is that you may lose your competitive advantage and lead time. Worse still, your competitors might improve upon your idea and beat you to it, leaving you with a sub-standard product or service to sell.

Think about it. Not that long ago there was no such thing as a “low-cost/budget/no frills airline”. Then they were everywhere. Now, even British Airways is one

Did all those airlines’ chief executives have the same idea at the same time? Of course not. One led and – as soon as it became clear that passengers quite like low ticket prices and were abandoning traditional airlines in favour of the new model – the rest quickly followed and copied the idea.

There’s a fine line to walk between creating sufficient awareness of what you have on offer and revealing too much to competitors. What you don’t want is to put yourself at a disadvantage

There are huge commercial advantages to being first to market, but you need to constantly improve and refine your offering if you’re to maintain that advantage.

For example, Microsoft introduced the Tablet PC 10 years before Apple launched the iPad.

Had it spent the 10 years from 2000-2010 refining, miniaturising its components, reducing its size and weight and producing an operating system that can truly be used by people aged from two to 102 years of age, maybe Apple wouldn’t be the biggest company in the world right now.

So the lesson is either not to rush in if doing so will tip off your competitors so that they can run with your idea. Or else if you do launch then keep improving the product.

Apple’s iPad was not the first tablet computer when it launched in 2010. Microsoft’s Tablet PC, launched in the year 2000 was first. But because it was too chunky, too heavy and the operating system wasn’t good enough it didn’t make a big impact in the world. Essentially, the time wasn’t right for it, but also Microsoft didn’t keep working on it.

The lesson most tech CEOs took away from this was, “If Microsoft can’t make a tablet computer work, nobody can.” Steve Jobs took a different view: he waited until components were small and light enough and processor power was robust enough to create the iPad. It was a revolutionary product. But it certainly wasn’t Apple’s idea.

Some ideas need to be launched and developed fast.

If you’re not able to market and promote what you have in order to gain rapid take up of it, then first make sure your proposition is properly developed and implemented before you launch it. Recruit some beta customers to test and give feedback on your product or service – and consider making them sign up to a non-disclosure agreement!

Use of Confidentiality To Protect Methodology

Some people have been known to use confidentiality as the basis of their business.

For example, the late language teacher Michel Thomas seemed to achieve remarkable results in a very short period of time in his teaching of foreign languages.

So, his methodology of teaching someone a new language became very valuable. Many people paid him a lot of money to learn foreign languages quickly. And he chose to keep his methods secret.

For a long time, he closely guarded details about how he worked in order to maintain his competitive advantage. It wasn’t until Thomas was in his 80s and the final decade of his life that he allowed anyone other than his paying students to see and use his language teaching methods (which are now earning his estate very large sums of money).

If you have similarly valuable knowledge, you may want to consider whether to restrict access to your “secret sauce’’ to ensure your competitors can’t take advantage of the hard work you’ve put into developing your methodology.

And even if they have the means, they may not be as big a threat as you first imagine. Are they a big business? If so remember that the larger the oil tanker, the longer it takes to turn it around. Multinationals are not renowned for being fleet of foot.

You know your market inside out, so only you can be the judge of what to publish and when. Be realistic and temper your fears with a large dose of realism. Still, you may wonder where that leaves you when you have a good idea.

You’re right to be concerned. The copying of your ideas may pose a serious threat to your business. The more crucial your idea, the more steps you should probably take to protect it.  Think it through carefully, and decide whether your innovative idea needs to stay secret.

For example, Coca Cola has used trade secrecy to protect its secret formula for making Coke for over 100 years. Reportedly only 3 people in the organisation at any one time ever have access to the recipe. They’ve created a whole brand story around this, and set up their systems and processes to maintain the secrecy of their formula.

If you decide that your idea needs to be kept secret for a while or forever, then act accordingly and create boundaries around it. Get legal advice to protect it properly as there is a lot more to confidentiality than meets the eye.

If you decide it doesn’t merit a high degree of protection, keep it close to your chest, without obsessing unnecessarily. For many ideas, even if a competitor “takes inspiration”, you will still offer something unique to potential customers.

As Apple showed with the iPod, the iPhone and the iPad, it’s how an idea is implemented, rather than the idea itself, that determines how well it’s received in the market.

So, what have we learnt?

Firstly, that the keeping ideas secret is fundamental to protecting them. This is the case the world over. When you have a new idea, you’ll need to carefully weigh up who you disclose it to and how. That’s how you manage the bloody world of competition. The stealing of ideas is rife in business, so be thoughtful about which ideas you reveal. if you may want to protect an idea (for example, so as to not lose the possibility of patenting it, or registering a name as a trade mark first), then be rigorous before divulging it. Even an NDA won’t protect your idea if it leaks out into the public domain. Some ideas, such as secret recipes, may need permanent secrecy as a strategy, or strong use of confidentiality restrictions.

Secondly, if you introduce a new product, constantly improve and refine it. That’s how you can maintain your competitive advantage of being first to market.

Thirdly, it’s all about how well an idea is implemented, so be realistic about what competitors could do if they discovered your idea. If you consider that the idea isn’t easily copiable, and aren’t concerned about competitors beating you to the punch, then you’ll want to give yourself the freedom to implement your idea without burdening yourself with use of NDAs at every twist and turn. Of course, not everyone will be happy to sign an NDA, so that’s another consideration.

To discover the basics of IP to start, grow, or exit a venture so you manage IP risks and opportunities correctly, signing up to Legally Branded Academy where you can learn the essential actions to protect your IP.