Opposition to a UK Trade Mark 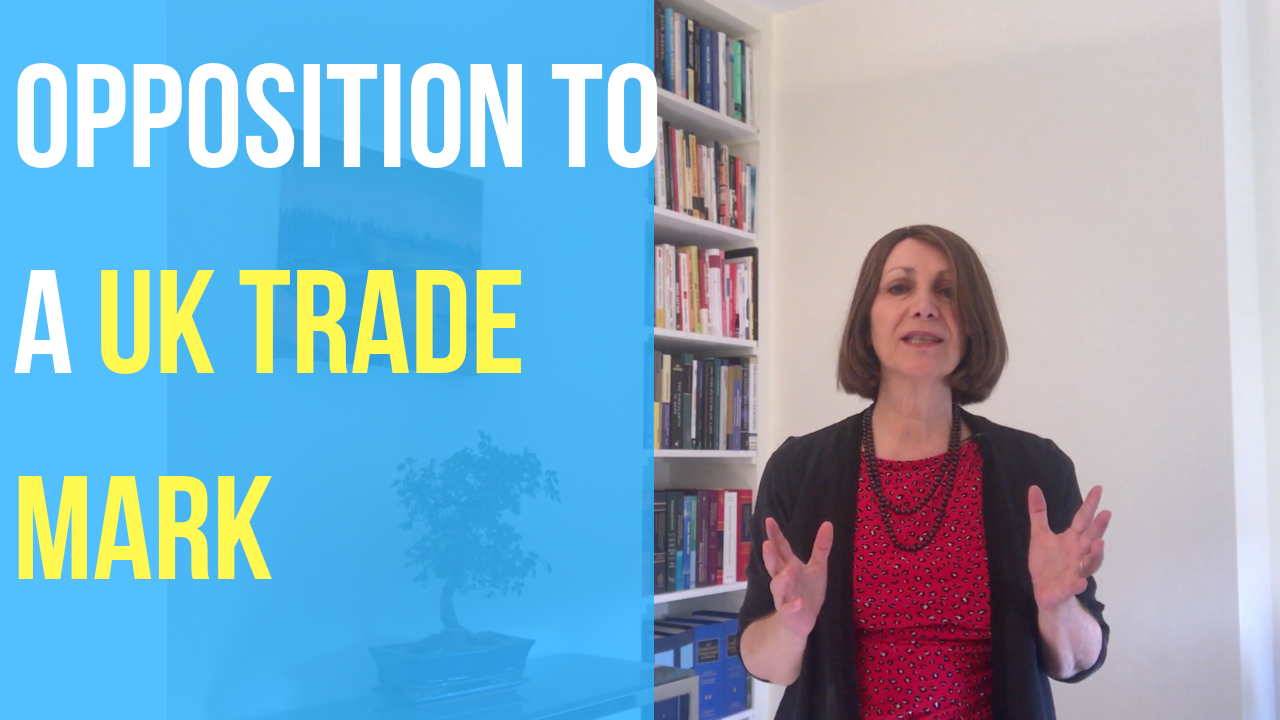 People often ring us up when they receive a note of threatened opposition to their trade mark application so I thought it might be useful to give an overview of the UK Intellectual Property Office’s opposition process.

The UKIPO provides a number of guidance documents about UK oppositions which provide detailed information and advice about all aspects of the opposition process. Rather than duplicating those notes, I want to give you a short overview with weblinks to the relevant UKIPO information.

What is an opposition about?

All UK trade mark applications are published by the UKIPO for a period of two months (extendible by one month). Publication allows third parties to oppose registration if they consider that the UK mark should not proceed to registration.

There are many grounds on which you can oppose the registration. A common reason is that the published mark is confusingly similar to an earlier mark owned by you for the same or similar goods or services.

However, you can also oppose a UK mark if you consider that it should not have been accepted by the UKIPO: for example, if the published mark is descriptive of the goods or services or if it was filed by the applicant in bad faith.

Outline of the opposition procedure:

The main steps in a UK opposition are as follows:

What happens before filing opposition?

If you (or your lawyer) become aware of a UK trade mark application which you believe should not be registered, it is usual to contact the applicant requesting that they voluntarily withdraw their application, in whole or in part.

This is important because if you do not do so and you successfully oppose the mark, the UKIPO may penalise you on costs (i.e. you may forfeit some of the award of costs). You can extend the 2-month opposition period by an additional month if you apply to the UKIPO before the end of the initial 2-month period. This is done by filing a form TM7a for which there are no official fees. For more information on filing a TM7a click on this: https://www.gov.uk/guidance/trade-marks-manual/tribunal-section §3.1.3.

Filing a Notice of Opposition:

Notice of Opposition is filed by means of Form TM7.

The standard official fee is £200. It is also possible to file a Fast-Track Opposition (TM7F) for a reduced official fee of £100 where you rely on limited grounds of opposition.

Click on this https://www.gov.uk/guidance/trade-marks-manual/tribunal-section §3.1.13 for more information about Fast-Track oppositions.

You can claim a number of different grounds of opposition in the standard Notice of Opposition (TM7). These are divided into two broad categories:

A.  - if you believe that the UKIPO should not have accepted the UK mark for registration. This might be because the UK mark is descriptive, generic, a standard term in the trade, or if you believe it was filed in bad faith. These are called Absolute Grounds of opposition.

B.  - if you believe that registration of the UK mark would be in conflict with your earlier trade mark rights (or other rights such as a design or copyright). These are called Relative Grounds of opposition.

Most oppositions are filed because the opponent is the holder of an earlier trade mark (UK mark, EUTM, or International mark protected in the UK) and registration of the later UK mark would be in conflict with the earlier mark.

The standard grounds (Relative Grounds) on which opposition are normally filed are:

For detailed guidance notes on how to complete the Notice of Opposition, click here:https://www.gov.uk/guidance/trade-marks-manual/tribunal-section §3.1.4.

What happens after the Notice of Opposition has been filed?

The UKIPO will transmit the Notice of Opposition to the applicant who is given 2 months to respond by filing a Defence & Counterstatement (Form TM8). If no defence is filed, the UKIPO will reject the UK mark and costs may be awarded to the opponent.

If the parties should decide to enter into discussions after opposition has been filed, it is possible to defer the next steps in the proceedings (including the filing of the Defence & Counterstatement) by requesting a 9 month cooling-off period. This request must be made, by both sides, before the deadline to file the Defence & Counterstatement by filing form TM9C. It is possible to extend the cooling-off period to a maximum of 18 months (if the parties file a TM9E before the end of the 9 month period). For more information about the cooling-off period, click here:  https://www.gov.uk/guidance/trade-marks-manual/tribunal-section §3.1.8.

The evidence rounds in a trade mark opposition:

After the applicant has filed its Defence & Counterstatement, the UKIPO will allow you 2 months to file your evidence in support of your opposition. This is factual evidence and not a legal argument.

The most common reasons for filing evidence are:

Evidence is usually provided in a Witness Statement which is a statement of the facts which you rely on in your opposition. Supporting evidence (e.g. sample invoices or examples of advertisements) is attached to the Witness Statement as exhibits. Usually, the evidence can be filed with the UKIPO by email (and a copy must be sent to the applicant).

For more detail on the preparation of and the contents of a Witness Statement, click here: https://www.justice.gov.uk/courts/procedure-rules/civil/rules/part32/pd_part32#17.1.

For an example of a Witness Statement (bare-bones only), click here: https://assets.publishing.service.gov.uk/government/uploads/system/uploads/attachment_data/file/311793/completedwitnessstatements.pdf.

If, however, your earlier mark is a recently-registered trade mark such that your mark is not yet subject to the use requirement (i.e. the requirement to prove use of marks registered for more than 5 years), you may not need to file any evidence because, in these circumstances, you would be simply relying on the legal rights arising from your trade mark registration. In that event, you would not file any factual evidence and, instead, you (or your lawyer) would later just file legal arguments in support of your opposition.

The applicant will be allowed 2 months to file any evidence it wishes in defence of its UK trade mark application. The UKIPO will forward a copy of your evidence to you (or your lawyer).

The decision of the UKIPO:

After both sides have had an opportunity to file evidence, the UKIPO will ask each side if it would like an oral Hearing. If neither side requests an oral hearing, the UKIPO Hearing Officer will decide the case based on the documents and evidence that have been filed in the proceedings and after giving each side the opportunity to file legal submissions. The Hearing Officer allows 2 weeks for filing legal submissions. The decision will normally issue within a period of 2 months thereafter.

If either side requests an oral Hearing, the UKIPO will schedule a hearing, which is usually by video conference or a physical hearing in London or Newport. For more complex cases (such as cases with cross-examination), it is common for the parties to be represented by a barrister; otherwise, the parties are usually represented by their solicitor or attorney.

As a brief summary, the current scale of costs awards provides:

Appealing the decision of the UKIPO Hearing Officer:

So, the starting point if you are facing an opposition is to review this information and then decide whether you want to get an expert involved to give you an opinion and act for you or whether you prefer to withdraw your application and try for a different name.